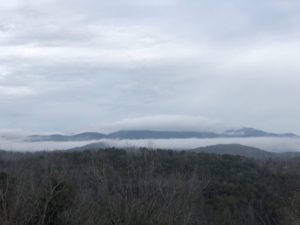 The day I learned that Robin Williams had died it was as if everything stopped and stood still. That moment was surreal. In the same space of time I felt both grieved and shocked – but not entirely. It was a locomotive that could’ve been seen coming. That’s what we tell ourselves after the fact. After all, hadn’t we known of the paradox of his life, the brilliance of his life’s work in the presence of his personal demons? How does someone the world fell in love with, lose his life in the face of having made so many people happy? Were it so simple to see the train coming. The afterthoughts are deafening. We hear ourselves asking the obvious questions. Who did he tell, hint to, leave veiled messages for?

Williams was known most for his improvisational comedy routines. He made us laugh hysterically. We couldn’t help ourselves. Williams got down to our level and made us feel good about our circumstances. He made us see the humor in the face of war in “Good Morning Vietnam”. He made us wish we had an alien friend in “Mork and Mindy”. In “Good Will Hunting” we became believers in psychotherapy and pulled for the patient to accept the reality of his own gifts, despite his past and his present situation. In “Mrs. Doubtfire” we got a little taste of the tension between reality and pretending. Robin Williams showed us through his work that above all, we are all human.

We didn’t know Robin Williams, yet we identified with him. He gave so much of himself in his performances. He sought to make us laugh, think, re-think and think again. He was the icon of modern day comedy, and yet he took his own life. Why?

According to the Center for Disease Control (CDC), 39,518 individuals in the United States lost their life to suicide in 2011. Another 487,000 were treated for self-inflicted injuries. Isn’t it time to take suicide prevention seriously? The CDC identifies certain hallmark symptoms of suicide risk as follows:
History of previous suicide attempts
Family history of suicide
History of depression or other mental illnesses
History of alcohol or drug abuse
Stressful life event or loss
Easy access to lethal methods
Exposure to suicidal behaviors of others
Rest in Peace Robin Williams. May your choices in death lead us toward the path to better treatment outcomes, more compassion and understanding, and better judgment when we hear the train in the distance.

If you or someone you know is having suicidal thoughts, please call our office at 334-329-7155 for an appointment. For immediate help call the National Suicide Hotline at 800-273-8255, go to the nearest emergency room, or dial 911.